Coolship Part One: What is a Coolship? In the fall of 2007 Rob Tod had an idea. Rob, the founder of Allagash, wanted to build a small, unheated shed with a vessel resembling a massive brownie pan inside of it. Then, he wanted to pump steaming, cloudy unfermented wort into that pan, let it sit out in the open overnight, and subsequently barrel age it for up to three years. In short: he wanted to brew with a coolship.

Hundreds of years ago, there was no fast way to cool down beer. In fact, brewers didn’t even really know why they had to cool wort down, since Hansen and Pasteur had yet to discover yeast. (Sidenote: wort, or unfermented beer, needs to cool down because dumping yeast, a living organism, into nearly two-hundred-degree liquid doesn’t bode well for the yeast’s future). In those times, the fastest and most cost-effective way to cool the hot wort was for brewers to pump steaming liquid into large rectangular pans called coolships. The large, exposed surface area of the vessel cooled the beer (relatively) quickly. Improvements in cooling technology—like the Baudelot cooler, and after that mechanized refrigeration—caused pretty much every brewer to trade in their coolships for faster-cooling, more consistent methods. While the sight is beautiful, the smell is even better.

Not in Brussels. Among the low hills of the Pajottenland and Zenne valley—where Brussels itself sits—a small group of breweries continued to use coolships. Except they didn’t just use them for cooling; they used them to make Lambics. While their wort sat in the coolship, they wanted it to become a home to the ambient yeast and microflora wafting through the Belgian air. Once full of this wild, unseeable stuff, brewers stuck the beer in barrels for an extended stay—up to three years. This method of fermentation, called “spontaneous fermentation,” produces a beer of singular taste: tart, funky, and unmistakably complex.

That’s what Rob wanted to do, except in Maine. And note, in September of 2007 (as far as he knew) nobody in America had tried to brew Lambic-style beers; nor did Rob even know if it was possible. It was on a trip to Belgium that the idea took root. Put together by Sam Calagione of Dogfish Head, Rob joined brewery friends Adam Avery (Avery Brewing), Tomme Arthur (Lost Abbey), and Vinnie Cilurzo (Russian River) for a trip to Belgium. This voyage, as well as their love of the wild yeast Brettanomyces earned them the name “The Brett Pack.” After the trip, Rob posed the coolship question to friends he’d made at Cantillon—a storied producer of Belgian Lambics; they encouraged him to give it a shot. Needless to say, he and Jason, our brewmaster, hashed out a plan with the wild hope that maybe, just maybe, spontaneous fermentation could happen outside of the land of chocolate and waffles. Starting in September, they poured the foundation, built the shed, got the coolship fabricated, and brewed their first batch of spontaneously fermented beer on November 27th. This very same beer became the base for brews like Coolship Resurgam, Coolship Red, Coolship Cerise, and Coolship Balaton. Today, the coolship still stands and has begun its tenth year of brewing.

While the volume of coolship produced is less than one percent of the brewery’s current overall production, the beer itself is a much bigger part of who we are.

The next post will detail aspects of the brewing process that make spontaneously fermented beers particularly special. 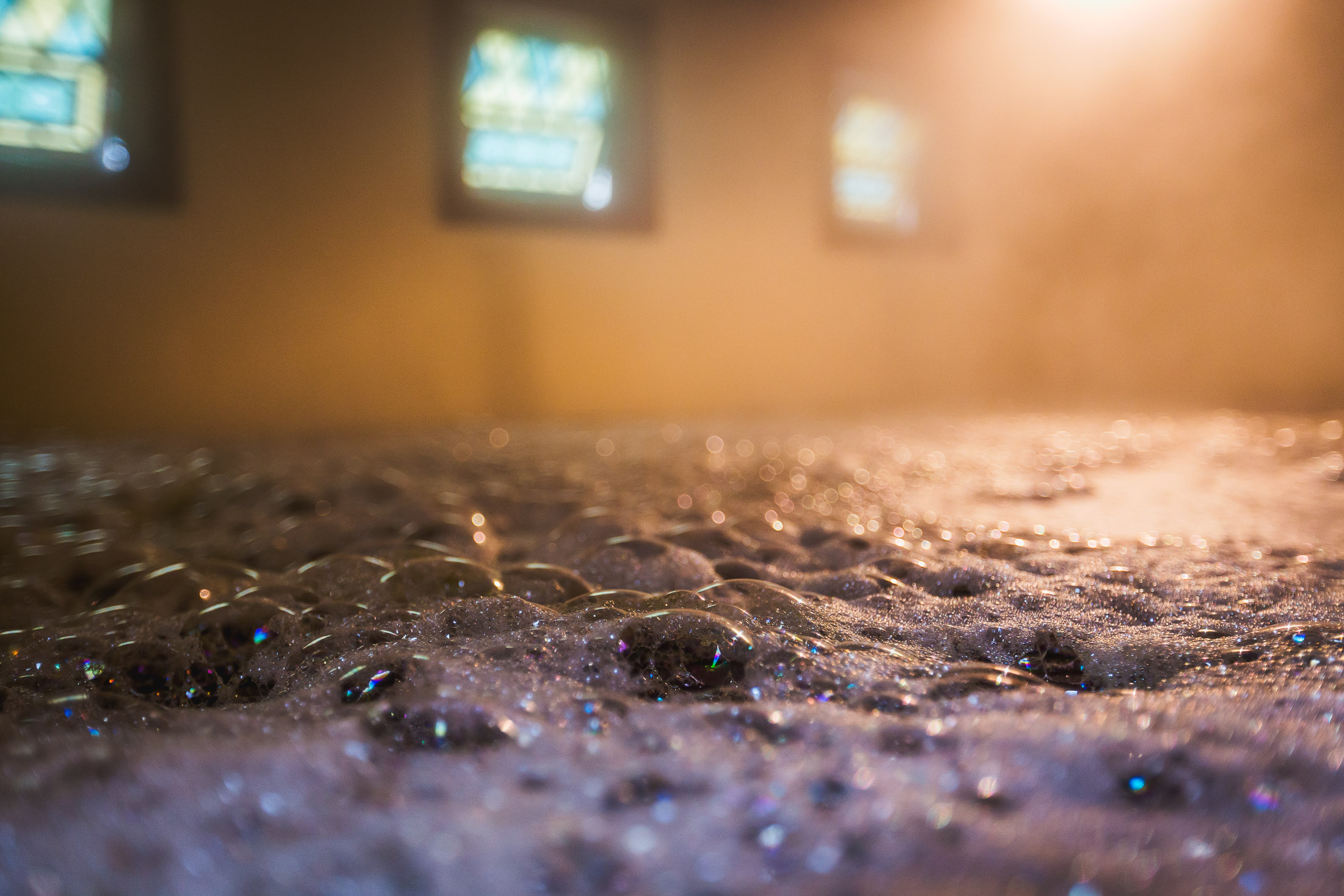 Click here to go to Coolship Part 2: The Brew