What is a Pilot System? When it comes to innovating new beer, we rely on every single person that works at Allagash. It doesn’t matter if they’ve been at the company for ten days or ten years. That’s how our pilot system works: anyone at our brewery with an idea can propose the next big Allagash beer.

But what, exactly, is a pilot system? In our case, it’s a cross between a homebrewing setup and a professional brewhouse. Our pilot system is completely custom. It’s built to closely mimic our larger brewing systems, so that if we have success with a pilot beer, the process of scaling it up for our larger system will be made simpler—and even then, it’s never that simple. So how much beer does our pilot system make, per batch? 10 gallons, about. Our next-largest system brews 30-barrel batches, where each barrel contains 31 gallons. That’s a big difference. Our biggest brewing system brews 60-barrel batches at a time, that’s 186 times more beer than our pilot system puts out there. So what’s the benefit to starting so small?

It means we can brew a lot of different beers.

In 2019, we brewed around 70 different pilot beers. That included beers with nuts in them, beers with fruit in them, beers without gluten, and many more. In early 2020, we already have over 100 pilot beers scheduled for brewing. Of the four new 16 oz. cans we’re releasing to our entire distribution footprint in 2020, all four of those beers came up through our pilot system. Eleven additional pilot-system graduates are already slated for packaging and selling inside our tasting room in 2020, so far.

While the ideas for new beers can come from any employee in the brewery, they all go through our pilot team. This small team is made up of employees from across departments, all of whom have extensive brewing experience.

So what beers, specifically, have come from our pilot system? 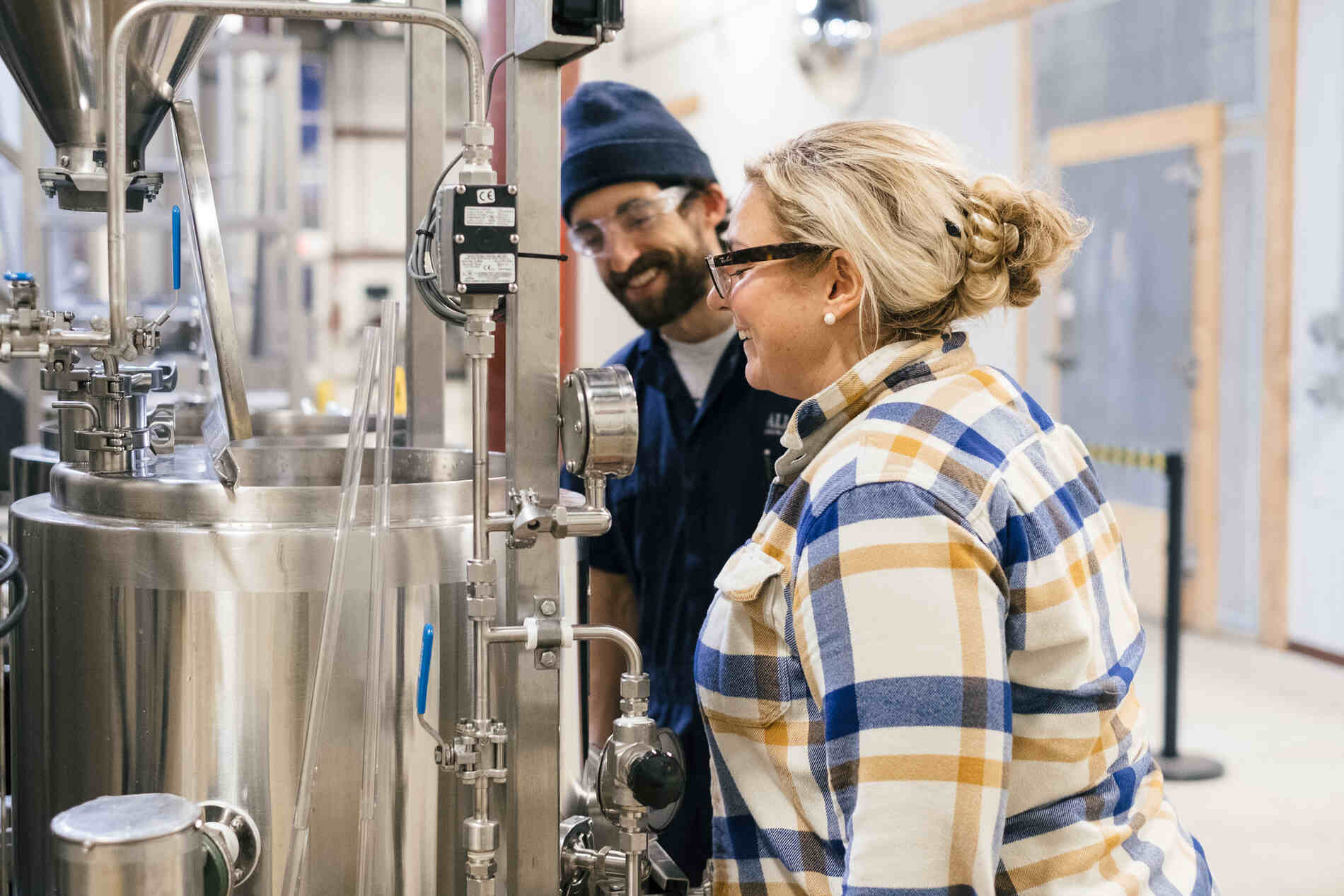 Mariah brewing her pilot for Two Lights with Patrick, the brewer that leads our pilot team.

In an effort to increase the inclusivity of the submission process, our Pilot Team can’t see the name or title of the person who submitted the beer idea. Only after the team has judged each submission on its own merits are they able to find out who the submitter was, to contact them about their idea.

After a beer idea is chosen by the team, that person meets up with their brewer, creates the beer recipe, and schedules a brew date. Once the beer is brewed, fermented, and ready, it goes on tap in our employee break room. There, employees are encouraged to taste the beer and rate it anonymously. If people love it, that little pilot system beer has the possibility of being brewed on our bigger systems, and heading out for you to enjoy.